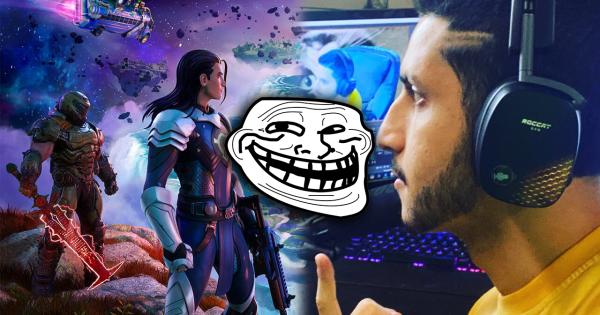 Fortnite streamer tries to do an almost impossible challenge, but his fans troll him

Succeeding on Twitch is an extremely complicated task, there is no doubt about that. Therefore, many aspiring content creators must be creative and make live broadcasts that have a differentiating factor. In this line we find iGamer4tv, a streamer of Fortnite that it has already broadcast for more than 2 months interrupted in an attempt to make a very complicated challenge.

Specifically, the streamer plays the Battle Royale with one goal in mind: to reach 1,271 eliminations in an interrupted broadcast. Sounds simple, right? The real problem is that every time someone donates 100 bits, the counter is subtracted 2 kills. So, it’s been over 2 months now and he’s still unable to complete the challenge.

Related Video: Fortnite: How Did It Become Crossover Heaven?

Will he get it? Fortnite streamer has more than 60 days of interrupted transmission

Despite already playing for hours, iGamer4tv received so many donations at one point during the live stream that his kill counter hit 0 again. As of this writing, his kill counter is at 56, which means he’s still You have a long way to go to meet this nearly impossible challenge.

Now, it is important to note that the streamer does not play Fortnite all the time. We say this because he also takes breaks to sleep, go to the bathroom, and eat. Of course, the live broadcast is active at all times and viewers can interact in the chat.

It’s hard to know if iGamer4tv will be able to meet the challenge or if, at some point, it will throw in the towel and give up. The truth is that his efforts have already paid off, since in recent days he has achieved 342 subscribers and more than 461,354 bits in donations. It is possible that these numbers will increase in the next few hours.

But tell us, what do you think of this kind of challenge? Let us read you in the comments.

Visit this page to read more news related to streamers.