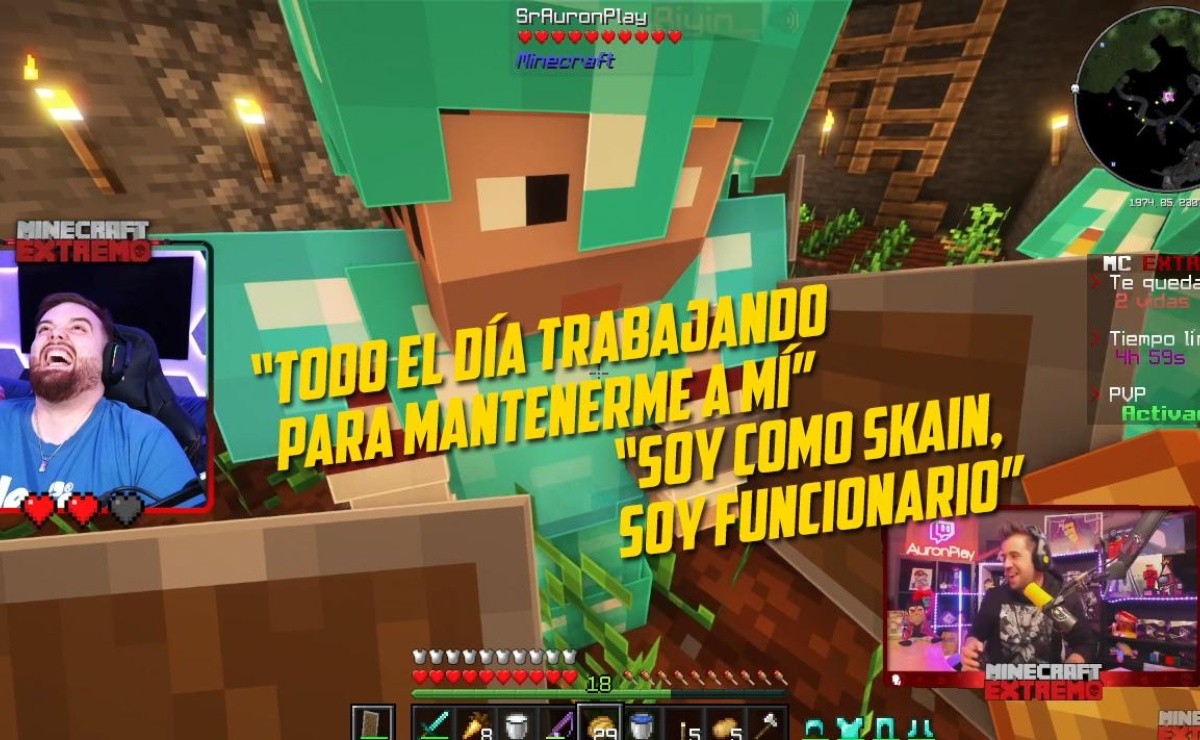 Ibai told Auron that he would not be able to start the series until Monday and he asked for a justification from his father.

series of Minecraft Extreme It entered its third day, and although we have already seen some deaths and eliminations, one of the best clips that the series has given us so far -and possibly from here until it ends-, and it has protagonists Auronplay, Ibai…and his father.

Ibai’s father may not understand much of the game of Mojang, but whenever he can, he is on his son’s live stream to see what he surprises with that day and to support him. And this time Ibai needed her help.

Ibai told Auron that he would not be able to re-enter Extreme Minecraft until Monday, leaving three days of live streaming due to his forced streams with the Kings League and co-streams with the League of Legends LEC to support KOI. Because of this, Auron told him that he could be absent for more than the 48 hours allowed, as long as his father justified it.

So Ibai had to call his father, who took the opportunity to say that there was no excuse for his son to be absent, and then he acknowledged that he has to work to support him.

+ The justification of Ibai’s father

Ibai’s father proved to be up to date with the channel’s memes and even dared to say “I’m like Skain, I’m a civil servant”, following one of the jokes of this last time in KOI.

Extreme Minecraft continues to be the most viewed content in the Hispanic community on Twitch and little by little there are fewer and fewer players left with their lives within the series.

Previous Valorant: When do KRU and Leviathan play? Know the schedules of the Latino squads in Lock-In
Next what it is and how to see a visual map of your most played champions in League of Legends