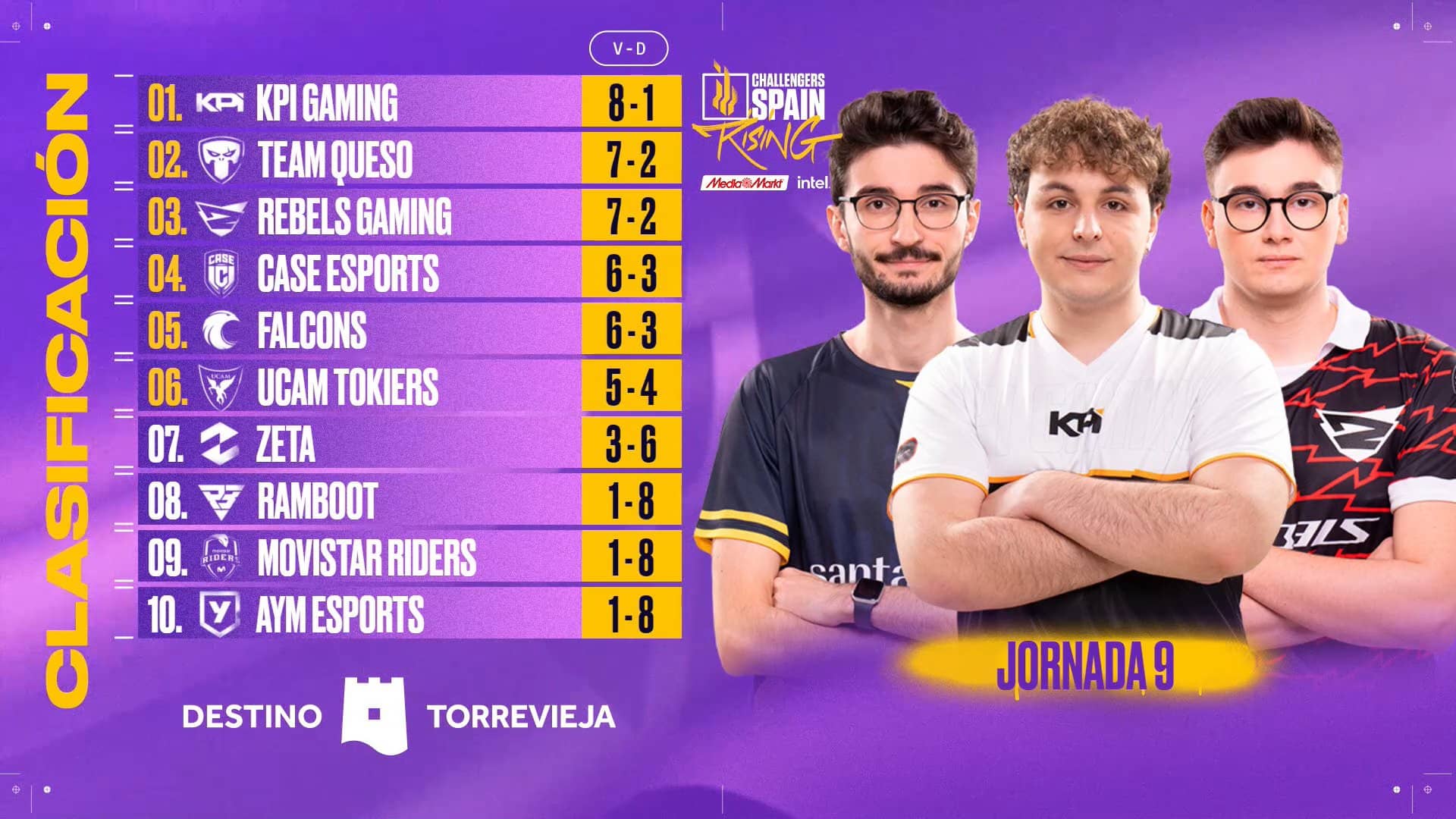 KPI Gaming leads the first round of VALORANT Rising

The first round of the VALORANT Challengers Spain: Rising It comes to an end with several of its own protagonists after the nine games played. KPI Gaming closes the first leg leading the standings with Team Queso and Rebels Gaming occupying the top three spots. All the positions in the table are decided by the minimum, so the last positions were not going to be less. Movistar Riders, Ramboot and AYM Esports they close the first round with just one victory, a result that is not scary, but it is worrying, as there has not yet been a relegation.

KPI closed the first round with a 13-6 against Case Esportsa result that allows him to lead the classification of LVP. Despite having been promoted this year, KPI is still a clear contender for the title and already has eight victories in nine rounds, only Rebels Gaming has been able to beat him. This team is precisely tied in the standings with Team Queso after the last day. David de Gea’s organization defeated Movistar Riders and took advantage of Team Queso’s puncture against Falcons to leave the two teams with a 7-2 overall score and finish occupying the top three places.

Case Esports and Falcons rank fourth and fifth position thanks to the six victories achieved to date. The last square of playoffs It is for UCAM Tokiers after reaping five victories, the last one by 13-6 against Ramboot. These first six teams close the first round and occupy the playoff positions, but the last three organizations that have not started the divided The best way possible.

In the middle of the competition we FINALLY have a lone leader in the classification:
🏆 @KPI_Gaming 🏆

Ramboot, Movistar Riders and AYM Esports they would be out of the playoffsbut they would get rid of the descent as it was the first divided. The riders have only been able to beat Ramboot, while they did the same with AYM. To close the circle and a storytelling not very positive, the organization founded by Laporte added its only victory against Movistar Riders. The second round of the VALORANT Challengers Spain: Rising will return to our screens next week.

Previous LoL: Mess in sight between KOI and Odoamne? The Romanian affirms that his departure was “a personal vendetta”
Next Zaragoza will host the ‘League of Legends’ Super League final on April 1