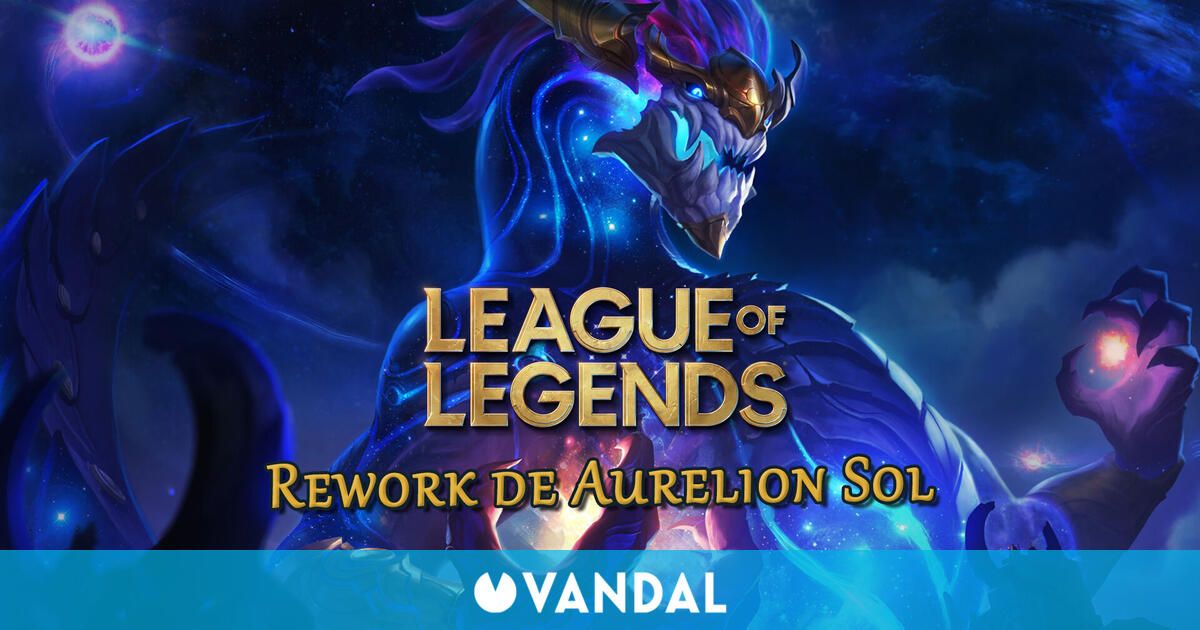 League of Legends details the rework of Aurelion Sol: New abilities and date

fans of League of Legends and especially the character of Aurelion Solyou can now mark on your calendars the update date of the character: the rework of the Forger of the Stars finally has an official opening day and Riot Games has already revealed What will your main changes be like?. Next, in this news, we are going to show you the new habilities from Aurelion Sol and from what date it will be available on Summoner’s Rift.

We will update the Aurelion Sol game experience in February, with the arrival of version 13.3 ✨

All the new skills from the Aurelion Sol rework

here below you can check new skills presented from the Aurelion Sol rework.

Stars are not born, they are made. I do them.

The dao skills by Aurelion Sol grant Stardust, which permanently improves their abilities. The bonus of each skill is found in its corresponding section.

Q – Breath of the Gods

Channel towards the cursor for a few seconds, dealing damage to the first enemy hit and reduced damage to nearby enemies. Every time an enemy takes damage for a total of 1 sec, Breath of the Gods deals additional burst damage. Damage bursts that hit champions grant Stardust.

Breath of the Gods deals bonus damage to champions and its reach increases with the level of Aurelion Sol.

Breath of the Gods deals bonus damage to champions and its range increases with Aurelion Sol’s level.

Aurelion Sol fly over terrain obstacles towards a target location, but nearby enemies see it through the fog of war as it flies. Aurelion Sol can use other abilities while he is flying. During this period, Breath of the Gods has no cooldown, it can be channel without time limit and deals additional damage.

Summons a black hole for a few seconds, dealing damage to enemies and slowly pulling them towards its center. Singularity grants Stardust per second for each enemy champion that is in the black hole.

The center of the black hole execute the enemies below a certain percentage of their maximum health, granting Stardust based on the type of enemy executed.

Stardust increases the size of the Singularity (including the central area) and the execution threshold.

Stardust increases the size of the Singularity (including the central area) and the execution threshold. pic.twitter.com/V3OhMNIb83 League of Legends EN (@lol_es) January 8, 2023

Stardust increases the size of Shooting Star. Upon stacking 75 Stardust, Shooting Star will transform into Skyfall the next time it is used.

Stardust increases the size of the impact area.

When is the Aurelion Sol rework released?

The updated Aurelion Sol gameplay experience you already have an arrival date. Riot Games has confirmed that we will be able to enjoy the rework of Aurelion Sol from from version 13.3What’s up? scheduled in the schedule to launch on next February 8, 2023 (if there is no unforeseen). So, there are only a few weeks left to get a taste of this major character update. Do you want to try it?

League of Legends is the popular MOBA from Riot Games that is found totally free for pc gamersIf you are interested in learning more about him, you can read our analysis.

Previous Mega Aerodactyl in Pokémon GO: best counters, attacks and Pokémon to defeat it
Next A16z tops the A series of video game studio Voldex