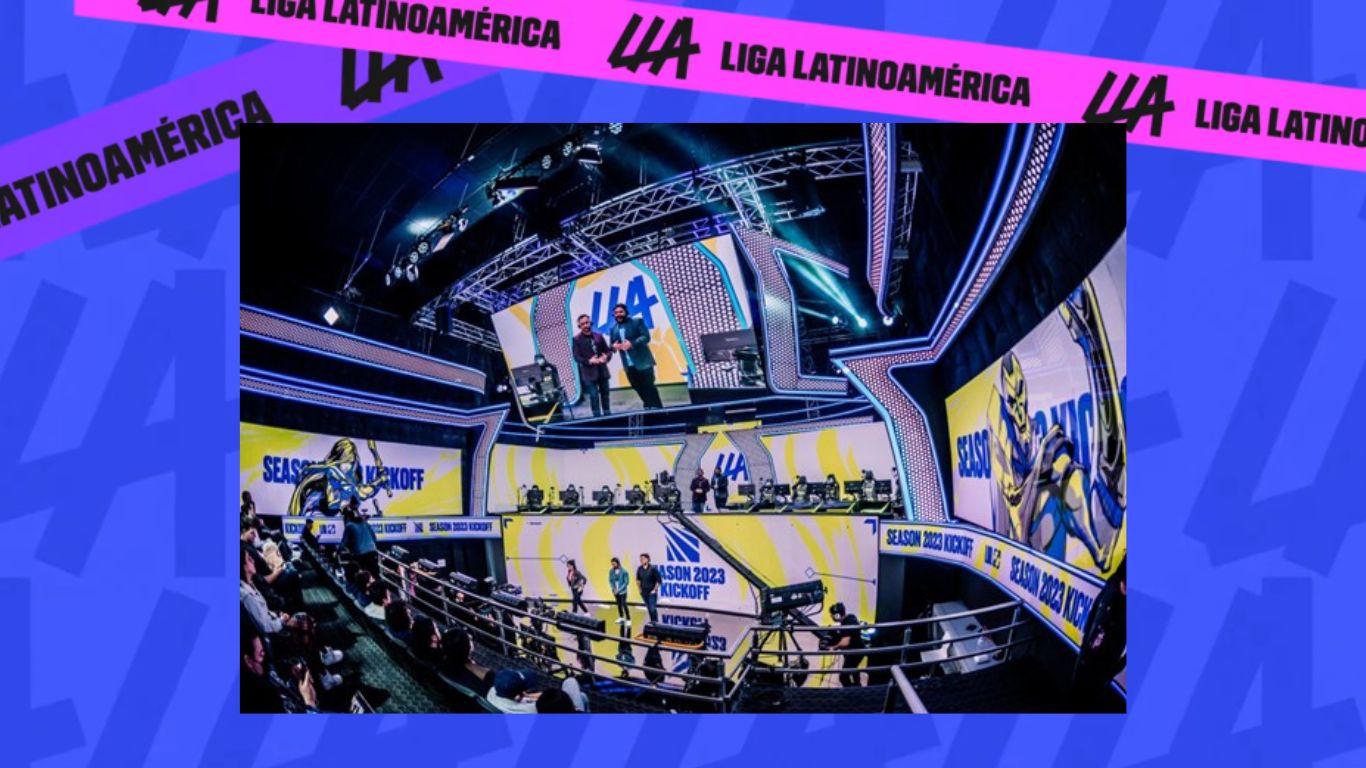 Riot Games Latin America announced the changes that will reach the competitive in the new season of the LLA 2023, the highest professional competition of League of Legends.

Chile was confirmed as the venue for the final of the Apertura 2023. In addition, a new format, change in the days of transmission and on-camera talent from the Latin American league. As for competitors to the already known Latin American teams, two new teams are added: The Kings, which comes from LVP Mexico; and Six Karma. The LLA 2023 will return this January 24 and can be seen on Tuesdays and Wednesdays through the official channels.

Here’s a look at what’s new for LLA 2023 announced during the Season Kickoff event at Artz CDMX:

New format with Bo3 series in the Regular Phase

The regular season changes from best-of-one home-and-away matches to best-of-three one-way matches. All teams will face each other in a best-of-three series with the top 6 from this phase advancing to the Playoffs, which will continue the double-elimination format we implemented in 2022 to positive reception from the public.

To have transmissions designed for the audience, each day of competition will have two series to the best of 3.

New schedule in global synchronization of the LLA 2023

Each league will have specific broadcast days without another being played at the same time. The LLA will be played, starting on January 24, on Tuesdays and Wednesdays from 5:00 pm (CO-PE) 4:00 pm (MX) 7:00 pm (AR-CL)

The talent table is updated for 2023, it will have new faces and old acquaintances among its talent ranks. Among them are the casters Nachittus, the Colombian Lenore, Abdiel, Corsario, Rafamaik, JJEXLoL, the analysts Profe AndresX and Jirall, Magui Sunshine (host) and Lau Agnolin (interviewer).

To the already known Isurus, Estral Esports, Team Aze, Movistar R7, INFINITY, All Knights two new teams are added: The Kings, who comes from LVP Mexico after winning in the Promo/Relegation; and Six Karma, which takes the spot from XTEN Esports. Soon more information and data on their lineups for the Opening 2023!

The LLA continues to visit countries in the region, and the end of the first season of the year will be in Chile. This announcement marks the return of the final of the competition after 2019, when the Closing Final of the Latin American League took place in Talcahuano. Last year, and after five years of absence from finals in Argentina, the final of the LLA 2022 Apertura took place in Tecnópolis, Buenos Aires, where Team Aze and Estral faced each other. The exciting definition was seen by more than 5,000 spectators in the stands, who came to see this match from all corners of Latin America.

“We are very happy for the successful passage of Worlds in Latin America and I am pleased that the competitive scene, both regional and international, is undergoing many changes for the better.” commented Eduardo Cazares, Esports Product Manager at Riot Games Latam. He also added that “we are excited to return to Chile and we hope that people continue to accompany us in what will be this new season of League of Legends.”

A team at risk of relegation

The teams will continue adding performance points in the Opening and Closing. These points will define a team at risk of relegation and not two as in previous years. The worst team in terms of performance will have to face the best team from the LVP Regional Leagues, which will be defined in the grand final between the North Regional League and the South Regional League.

The LLA will return this January 24 and can be seen on Tuesdays and Wednesdays from their homes or from the Artz Pedregal Arena in Mexico.

Previous ESLAND Awards celebrate second edition at the National Auditorium of Mexico
Next Without this video game, it is very possible that shooters would not have been so successful on consoles, and now it is back on Game Pass and Nintendo Switch – Golden Eye 007