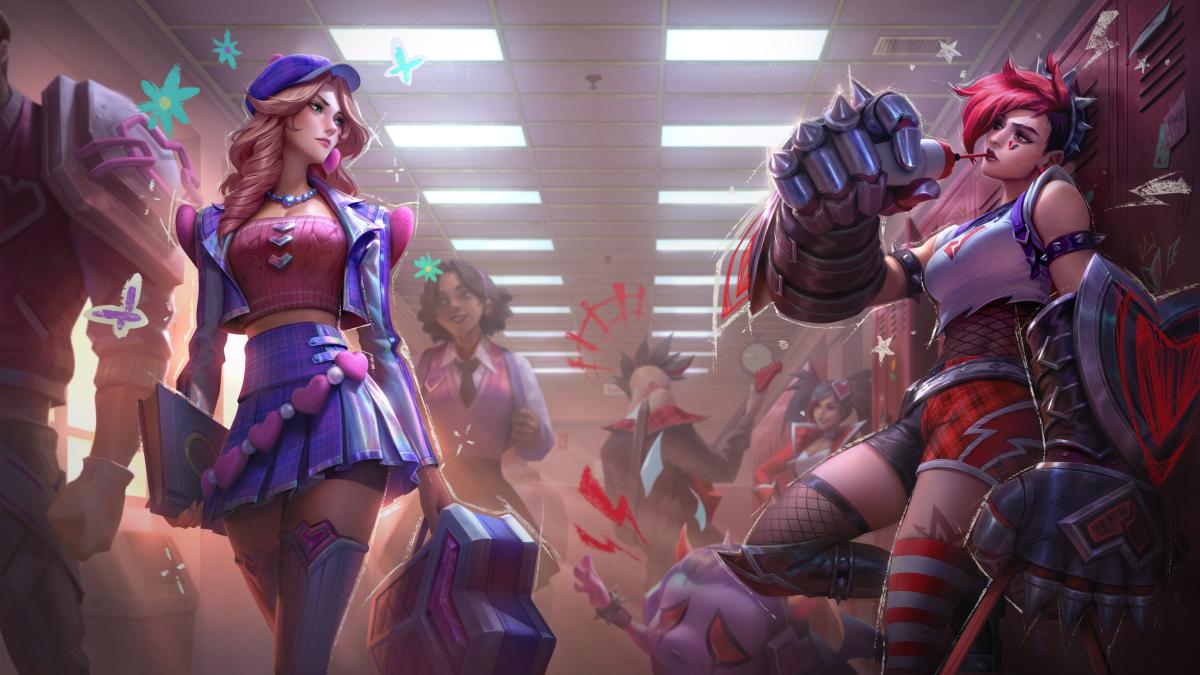 A new outstanding date is coming up on the calendar and League of Legends do not miss the opportunity. Riot Games has already revealed its next skins “Heartbreaker” who arrive in time for all the lovers on Summoner’s Rift.

por Of course, the vast roster of League of Legends champions gives rise to all kinds of relationships, but there is one that all MOBA fans of Riot Games have present. Caitlyn and Vi they always flirt and the fans want little kisses… right away.

However, for now, many will have to settle for a new hint at their almost obvious relationship. The Heartbreaker skins of this 2023 focus on the couple from Piltover and Zaun, who tirelessly fight crime.

Riot Games has revealed the splash art of both skins and the effects they will have on the rift. Caitlyn wears a much more flirtatious outfit inspired by the archetype of the “pijin” student cheerleader from a US high school, while Vi sports a much more punk and badass style.

Although the detail that unites both is in their base channeling animation. Vi opens a locker and leaves a note in it. Caitlyn opens that same locker and discovers the message blushing. A new hint towards the relationship of both champions.

Of course, many League of Legends players clamor that in Arcane, both characters confirm their relationship at once. The Netflix animated series made it clear that there is something between them. Right, Cupcake? We will wait for the second season.

Of course, in Valentine’s skins there is also a place for grief. A third skin arrives this year… that of Amumu, the sad and lonely mummy who still can’t find friends or a partner, although he does have a skin. Cheer up little one, one day it will come.

However, it’s not all good news for LoL players. Riot Games confirmed a few days ago that it had been hacked and shared the damage it has suffered and how it will affect their games. In addition, it has already been known that the source code of League of Legends and TFT has been stolen in the hack.