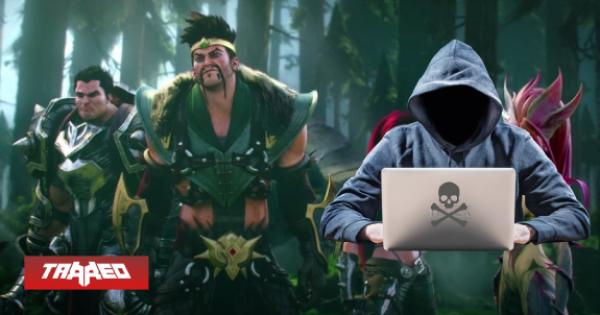 Perhaps LoL will become more vulnerable in the coming months, since Riot Games confirmed that the source code for League of Legends and Team Fight Tactics was Stolen after a major hack, in addition to stealing the source code of an anti-cheat system that the developer used in the past. The good thing is that they have not been compromised the personal data of the playersso privacy is maintained.

The company posted on Twitter the unfortunate event “Over the weekend, our analysis confirmed that source code for League, TFT, and a legacy anti-cheat platform were leaked by attackers.” Despite that, Riot Games would not pay the ransom demanded by the hackers to get it back “Today, we received a ransom email. Needless to say we won’t pay”.

This news can be quite negative for the future, since the consequences can be new ways of cheating in the game, as explained by the company. “Any exposure of the source code may increase the possibility of the emergence of new ways to cheat. Since the attack, we are working to assess its impact and to be able to implement fixes as quickly as possible if necessary.”

And something that bothers a lot is that this hack could lead to unwanted leaks, because the code had “a large number of experimental tools”, so we could get to see what Riot had in store for us in the future. In any case, they warn that “most of the content is prototypes and there are no guarantees that they will ever be released”.

Previous Online games for you to play with your friends – Videogames – Technology
Next Fortnite Chapter 4: how to shoot through walls with this new trick | Mexico | Spain | MX | DEPOR-PLAY