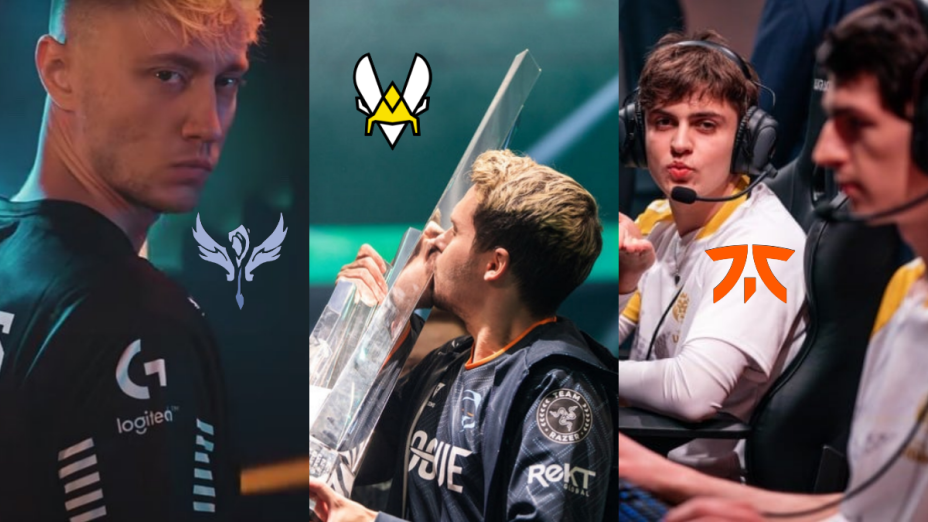 LoL – LEC 2023: The signings that were close to closing and that were not signed

The transfer markets have a lot of intrahistory behind them and with them many movements that are one step away from being completed and that are finally cut short at the last moment. Today, thanks to Eros, insider and a journalist who works at Blix, has published seven of the movements that were about to be made in the LEC and that were not finally signed.

It already sounded in summer after the lions fell resoundingly in the regular season and did not play the Spring Split playoffs. The French medium, MVP of the Spring season with Misfits, he was a free agent, so he could trade with any team he wanted. In this market condition, several teams were interested in him, although there were two clear contenders to get his services: MAD Lions and Excel. Finally, the English organization signed the talented midfielder, and with him concluded one of the pieces that would mark the market.

The jungle dance in Astralis and the leak failed by DoinB

DoinB commented on the possibility that an LPL jungler would leave China to end up in the LEC and it was the case of JunJia, finally, they opted for the option of 113, which makes the leap to the renewed LEC in the Danish organization. Several of the names that were mentioned in the jungle were Maxi, former player of Fnatic Team Queso, Bugi, current jungler of TSM and Lyncas, jungler of Team GO.

One of the market movements and that left Upset out of competing in this 2023 was this. Carzzy listened to offers since the end of Summer Split and one of the main options was to trade shooters with Fnatic. The German would go to Vitality in exchange for financial compensation and Carzzy. However, at the last minute the shooter changed his mind, deciding to return to his former team, MAD Lions for 2023. Upset was left without a transfer option for the French team, who decided to go for Kaiser in the support role.

Rekkles as support to MAD Lions

One of the big surprises in the market was Rekkles. Before signing with Fnatic as his starting ADC, was offered to teams from the highest EMEA League of Legends league in the support position. One of those who considered it the most was MAD Lions, since after the departure of Kaiser, they needed a player in that position. However, and after several interviews, the lions rejected the profile that the Swede could offer.

This is one of the stories with the most crumbs of this transfer period. Odoamne was another of the most valued on the market as a free agent and after winning the LEC title with Rogue. Vitality had many ballots to get the signing of him, but the French organization preferred to launch their offense for Bwipo rather than the veteran Romanian summoner. Finally Vitality did not take either of them. Bwipo stays at Liquid as CC waiting for a team in LCS, while Odoamne signed for Excel.

Kiin, about to pack his bags for Europe

Considered by many as one of the top laners The most underrated in South Korea was about to end up in the LEC in 2023. Two of the most important teams in Europe in recent years, MAD Lions and KOI (formerly Rogue), wanted to take over their services and hit the table . That yes, the name of Kiin did not last long on the table of both sets, since the few options to incorporate him into their ranks vanished in the blink of an eye.

LDLC was one of the teams called to nurture the LEC teams in 2023, and its good work in the French league had aroused the interest and focus of many of these teams. One of these most sought-after players was Yike, who will finally wear the colors of G2 Esports by 2023. However, Excel was in talks with him since Markoon left for SK Gaming, Yike was an express request from Mikyx, which also ended up in samurai discipline, and the jungler was the organization’s second choice if they couldn’t sign Elyoya. After seeing how Javier Prades stayed in MAD Lions, the aforementioned Mikyx and Caps played a big part in getting the Swede to sign for G2 Esports.

Previous Fortnite: Kick off 2023 with Dragon Ball and other cosmetics
Next The next step after the Battle Royale?