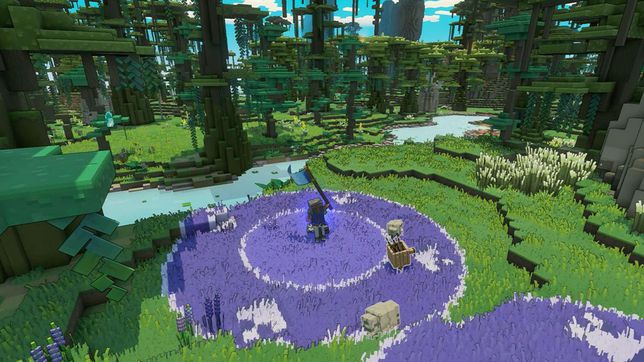 Minecraft Legends was one of the games confirmed for the Xbox and Bethesda Developer_Direct event. During the presentation, Mojang has announced that the title It will be available on April 18.but it has also detailed what the PvP mode will be like.

Player versus player mode pits two teams against each other, so cooperation will be essential, as is communication. As in Minecraft, building is part of the game’s DNA. Build the base, erect walls and gates and protect yourself from external threats. Because the world is procedurally generated, every game is different. Also, not only do you have to take into account the opposing team, but also the piglins.

What is Minecraft Legends?

Mojang defines it as an action-focused strategy game. Players will explore a familiar yet mysterious “land of great beauty”. It has different forms of life, varied biomes and all kinds of resources available. Nevertheless, this dream place is in danger of destructionsince the piglins have arrived with the firm intention of destroying the Surface.

In this situation, the players will have to forge alliances “with unexpected friends” and guide them in the strategic battles that are about to take place. The objective will be to protect the home and fight the piglins before the dark underworld ends up dominating the Surface.

Minecraft Legends invites the player to command armies of creepers, as well as other characters in this universe. Mojang has worked together with Blackbird Interactive to design the video game, which will be released for Xbox One, Xbox Series X, Xbox Series S, PS4, PS5, PC and Nintendo Switch, in addition to the Xbox Game Pass service. There will be crossplay between the different systems.