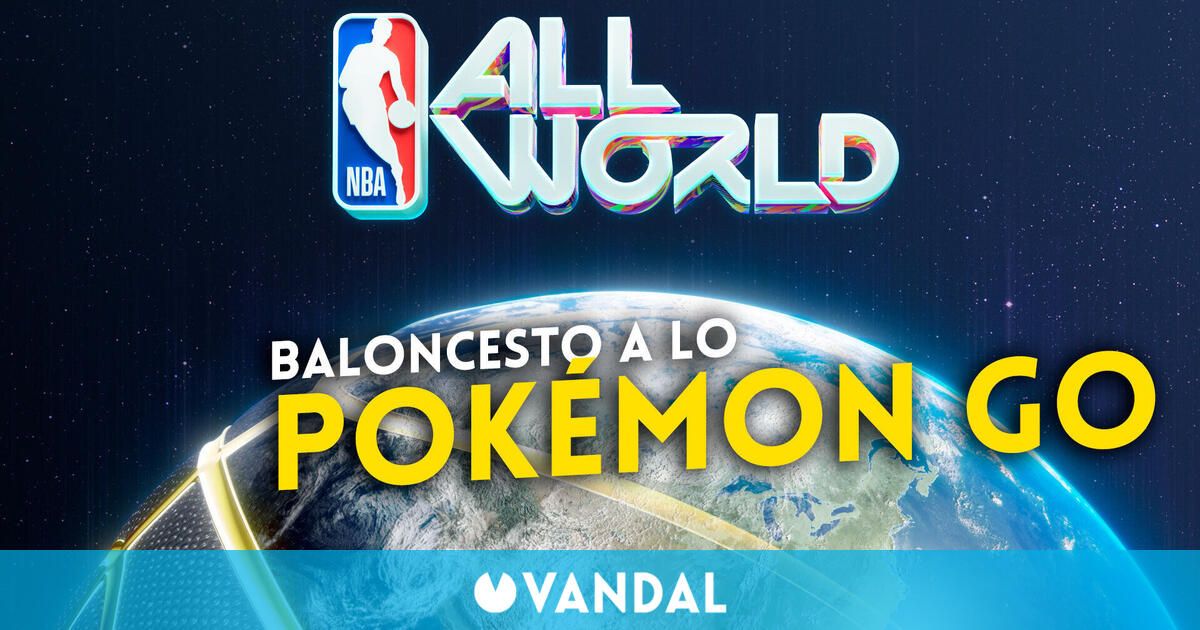 last june Nianticcreators of Pokémon Goannounced that they were working on their new project called NBA All-Worldan augmented reality title for mobiles themed around the best basketball competition in the world.

A few minutes ago, Niantic itself, together with the NBA and the National Basketball Players Association (NBPA) have officially presented this title that launches today on iOS and Android devices and that finally reveals its first details for those basketball fans who were looking forward to having a title of these characteristics to enjoy their favorite sport in a different way.

The premise, as you can imagine, is Similar to Pokemon Go and in NBA All-World use will be made of augmented reality for us to go walking through our neighborhood, town or favorite place and go finding different players of the NBA to be able to recruit them, train them and compete against other players. While we walk we can also find royal garments from a variety of well-known brands, show off our teams or see some of the favorite places of NBA players.

“Our version of an NBA game It starts with a one-on-one mode and expands from there to include the main elements of basketball culture.like music, fashion, shoes and much more, all embedded in real world places,” said John Hanke, founder and CEO of Niantic.

The main features of NBA All-World

Niantic itself has reviewed some of the most important details of the game beyond its exploration mechanics to sign players or find power-ups. In NBA All-World we must go building our team challenging the stars that we find ourselves on our way which will allow us to sign them.

If we meet them again we can play again to practice our shot and earn more credits and improve our team with players that we can enhance with different plays or energy or physical bonuses.

also we will find more than 100,000 pigs basketball games in the real world in which we can face our friends or other players in the world in different challenges to get more improvements and, finally, for collectors there will also be rare or special kits that will help us stand out from the crowd.

Previous Is Garganacl a Legendary Pokemon? The players are convinced of it
Next Overwatch 2 revives its world cup and we already know who the first rivals of our team are