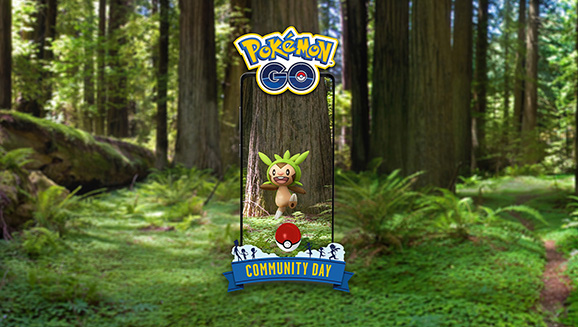 ANDhe rogue Chespin is the protagonist of the first Community Day of 2023 in Pokémon GO. Chespin will appear more frequently in the wild and Shiny Chespin will debut in Pokémon GO during the event, which will take place on January 7, 2023 from 2 pm to 5 pm in your local time. Evolve Quilladin (the evolution of Chespin) into Chesnaught, between 2pm and 10pm your local time, to get a Chesnaught that knows the Ferocious Plant charged attack.

Don’t get stuck with all these event bonuses:

Dive into a quirky mission with the Community Day Special Research story “Perfect Picks” by purchasing a ticket from the in-game shop for 1 USD (or the equivalent amount in your local currency). In addition, Trainers will be able to purchase tickets for any of their friends with whom they have reached High Friendship level or higher. To gift a ticket, tap the Gift button instead of the Buy button.

Extend the Community Day fun from 5pm to 10pm local time with Tier 4 Raids featuring Quilladin. After a successful raid, Chespin will spawn around the Gym for 30 minutes. The luckiest Trainers might even stumble across a Shiny! These Tier 4 raids cannot be accessed with Remote Raid Passes; it will only be accessible with Raid Passes or Premium Battle Passes.

And there’s still more to come on Community Day – stay tuned for more on the January Community Day Classic at Pokémon GOwhich will take place on January 21, 2023!

Have a great time with Chespin on Chespin Community Day! Pokémon GOTrainers!

Previous League of Legends Patch 13.1 Preview: Aatrox and Yuumi nerfs
Next COMPANY / Getting the Kings’ gifts right: this is what the little ones are looking for on the Internet