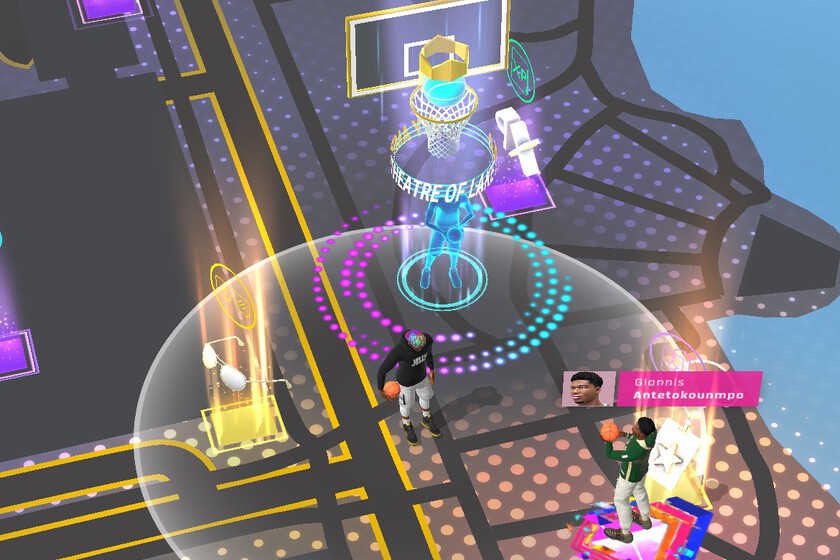 The creators of ‘Pokémon GO’ continue to exploit the augmented reality mine with a new proposal: ‘NBA All World’

What Niantic has done with ‘Pokémon GO’ can be repeated with any other theme. It has to be, of course, a topic that is sufficiently attractive so that its dynamics of interaction with the real world, search for objects and minigames that give salt to the mechanics have enough appeal. Niantic’s new proposal may not be as extravagant as Pokémon, but it is certainly just as massive: the NBA. For this, it has been associated both with the NBA and the National Basketball Players Association (NBPA), with ambassadors such as Karl-Anthony Towns, Jalen Green, Jordan Poole and Andrew Wiggins (the latter two, champions last year).

In an exclusive presentation of this new proposal from the studio, ‘NBA All World’, Niantic made it clear to us that it has understood what works in ‘Pokémon GO’ and how it is going to adapt it to a completely renewed thematic engine (although the similarities between hunting monsters pocket games and hunting famous players for your team are plentiful). For the rest, the similarities are more than the differences, beyond the fact that the graphic aspect has been completely retreaded because we will no longer move through a fantasy world.

And if in ‘Pokémon GO’ we hit the streets in search of adorable and collectible creatures to compete with, and also poképaradas and gyms, here we will explore the real world to locate authentic NBA players to add to our team. And not only that: we can also find equipment and cosmetic gadgets, enhancers of our players’ abilities, challenges in the form of mini-games (one-on-one and triple contest)… which will also serve to train and improve the team, both in training matches as in one-on-one pachangas.

Basically that is the mechanics of the game, with the addition of a large number of accessories with which to dress and improve our players. It is obvious that with a sport completely mediated by aesthetics and consumption, Niantic is going to try to make that aspect profitable: the juicy market for virtual sneakers and t-shirts. It’s so obvious that it’s strange that no one would have thought of it before.

Also very interesting, due to the customizable possibilities, is the option to find and play on real courts on the streets. Niantic talks about 100,000 authentic courts at our disposal, although it is not difficult to imagine that the vast majority of them will be within the United States, where it is easy to find a game space in practically every neighborhood. From Niantic they tell us that as it has been done in ‘Pokémon GO’ the game will gradually adapt to other countriesand it will be interesting to discover what distinctly Spanish features await us in exploration.

The statements of John Hanke, CEO of Niantic, make the company’s intentions clear: “Our version of an NBA basketball game begins with a one-on-one mode and expands from there to include the main elements of the basketball culture, like music, fashion, sneakers and much more, all embedded in real world locations.” Because you know, not everything is going to be doing sports in life, and you can already check it on Android and iOS.

Previous Chinese Overwatch community bids farewell to game after official shutdown
Next Who is Kid Laroi, the new icon of Fortnite