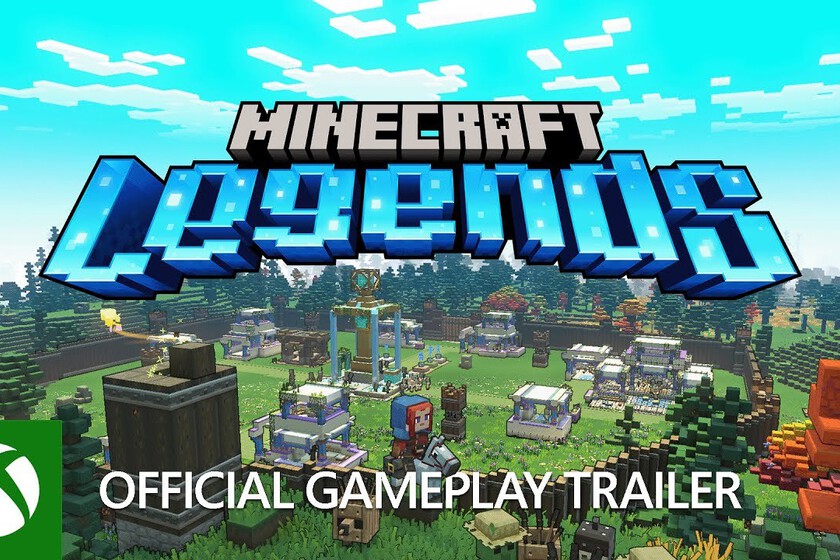 The conference that Microsoft has issued tonight had anticipated some of the video games that would parade through it and one of them has been Minecraft Legends, the new installment of the saga by Mojang that will try to offer a different proposal than what we are used to. see in the series

The title has come on the scene for two very important reasons, one of them being the revelation of its release date, since it has been set for the April 18th. Despite the fact that the data came out at an Xbox event, the selected day will be the same for all platforms, that is, PS4, PS5, Xbox One, Xbox Series X / S and PC.

In addition, the new Minecraft will be available from day one on Xbox Game Pass. In it, players must save the world from an invasion of Piglins who want to destroy everything in their path, so the only way to prevent their advance will be by building fortresses, building walls and placing all possible traps and artillery to eliminate us

All the action of the adventure will take place in the third person and will offer the possibility of playing cooperatively with other people or facing them in their competitive multiplayer. In addition, will make use of the crossplatform feature with the rest of the systems and the multiplayer will be qualifying, so it will be necessary to work hard to get ahead.

Previous Xbox Series S on sale is (even) cheaper at MediaMarkt. And this pack gives you content for Fortnite, Fall Guys and Rocket League completely free – Xbox Series X | S
Next ESLAND Awards celebrate second edition at the National Auditorium of Mexico