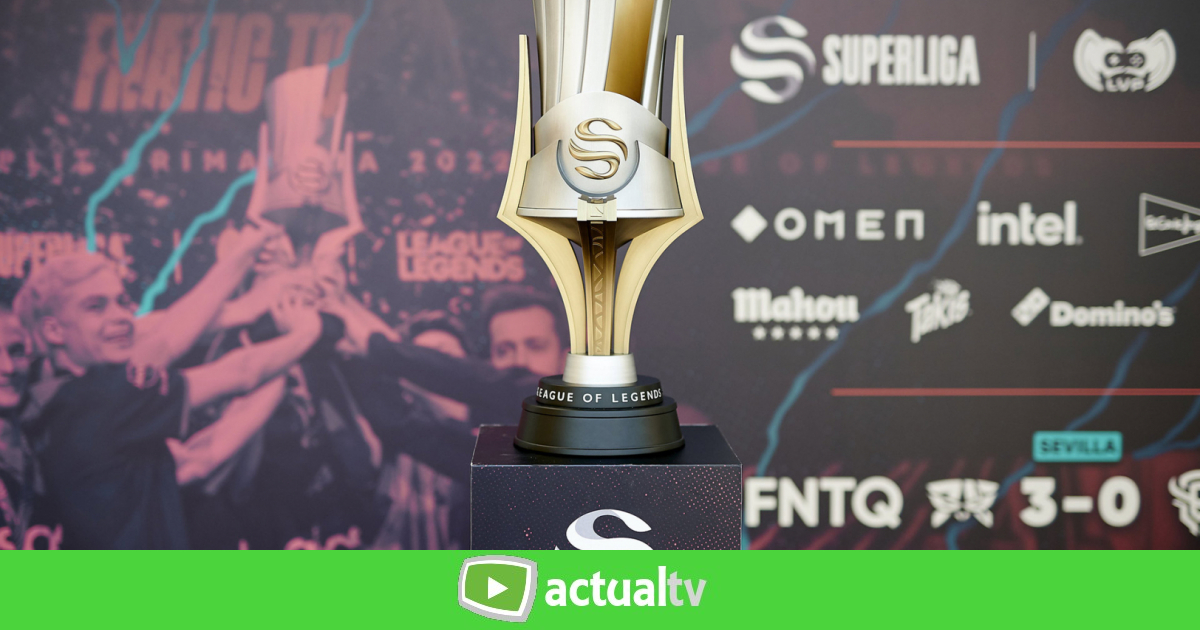 Sponsored by Magnum, “LOBBY” is a new 45-minute show that will air every Tuesday and Thursday before kickoff on the LVP Twitch channel.

The most prominent is “LOBBY by Magnum”a new program sponsored by the ice cream brand that will be broadcast every Tuesday and Thursday before the start of the day. Magnum returns to the competition with a program lasting approximately 45 minutes, where he will remind casters, guests and the entire audience that there is no better reason to play than the pleasure of doing so under his “Pleasure Up” positioning. The space will address the latest news on the Super League, the clubs that compete in it and other outstanding issues in the sector and many more surprises. The first show will air on Monday on LVP’s Twitch channel.

“From LVP and the clubs that make up the competition, we have been working for many years so that the Super League is one of the reference leagues at an international level. In 2023 we will continue to apply improvements aimed at the viewer experience, engagement with the competition and the generation of new content, among them the “LOBBY by Magnum” that fans of the Super League will surely love”, explains Jordi Soler, CEO of LVP.

“Magnum returns to the Super League in style, betting on a new format such as “LOBBY by Magnum” which will be the speaker of the most relevant news of the competition, always reminding us all of the importance of playing or streaming for the pleasure of doing it. . This year our message is: “Pleasure Up” and that is how we will work on it throughout the season.«, explains Isabel Vallejo, Marketing Manager of Magnum.

Another of the great novelties of 2023 is that the Super League will premiere new sets, with up to three different sets for the various moments of the broadcast: the classic casters table, for the narrations of the matches; a video zone, where play reviews will be carried out or moments of the games will be displayed; and the analysis table, in which LOBBY by Magnum will take placeamong others.

The third novelty is that the competition modifies its usual broadcast days to adjust to the international calendar. The Super League will no longer be broadcast on Mondays and Thursdays, but it will do it on Tuesdays and Thursdays. In addition, it will have two new teams that will fight for the throne that Heretics conquered last August: Rebels Gaming, which occupies the place of G2 Arctic; Y jokers, who won the battle for promotion and took the MAD Lions place. In addition to those mentioned, starting January 16, Giants, Movistar Riders, UCAM Tokiers, Fnatic TQ, Barça eSports, Finetwork KOI and BISONS ECLUB will fight for the title.

The Super League maintains the format of previous editions, with a regular season (18 rounds) that leads to playoffs between the top six teams in the table. The grand final of the competition will be played on April 1st in a venue that will be announced in the coming days.

The Super League, which is broadcast every Tuesday and Thursday (6:00 p.m.) on the LVP Twitch channel, will be sponsored this season by OMEN, Intel, El Corte Inglés, Domino’s, KITKAT, Mahou, Takis, Magnum, Cacaolat and Air Europe.

The Super League added 25.8 million viewers (counting the LVP channel and those of the co-streamings) in 2022, 98% more than in 2021, when the co-streamings had not yet been launched. In addition, it closed the year with almost 11 million hours watched, double that of 2021. In 2022, the highest peak in the history of concurrent viewers for a national competition was also reached: the summer final of the Super League reached 92,479 viewers. simultaneous viewings on the LVP channel, well above the 73,596 viewers that had been achieved just a year earlier.