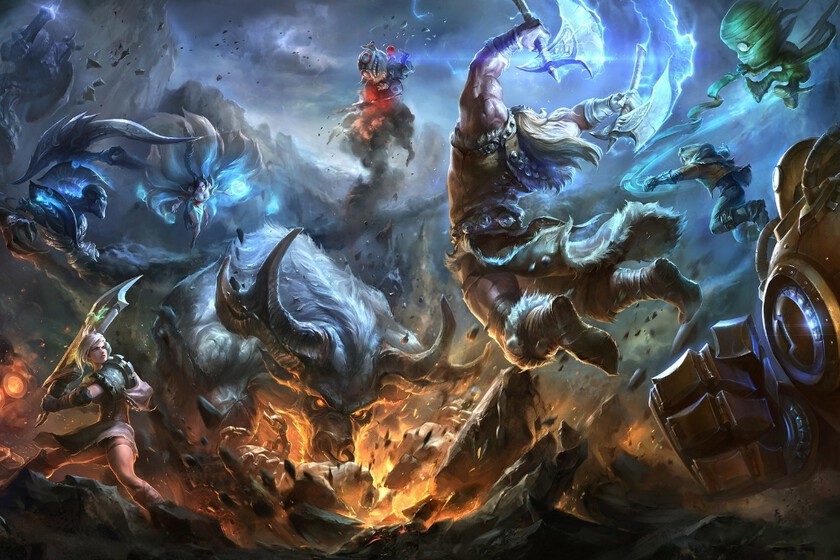 the most watched, with more viewers and by hours broadcasted

At the end of 2022, companies such as Nintendo, Sony or Microsoft provided a series of data to verify which video games we had dedicated the most hours to during the year. did the same twitch by showing us how many hours we had watched our favorite channels, but what have been the most viewed categories overall?

Well, these specific data have come to light and thus we have been able to verify in a matter of video games which have been the ones that more views have accumulated during the last 12 monthsbeing League of Legends the one that has positioned itself at the top with more than 1,500 million hours.

The only one that has managed to follow closely on its heels has been Grand Theft Auto V with more than 1.4 billion thanks in large part to GTA Online, while Valorant remains in third place with more than 1.1 billion. These three are the only ones that have exceeded the one billion hour barrier, because the next on the list is Counter-Strike: Global Offensive and in their case it has touched 700,000 hours.

Here you have the complete list with their respective amounts of hours:

In addition, other data that we can observe is that the highest peak of viewers that has been achieved has been on the part of League of Legends, since among all the channels that broadcast the Riot Games MOBA, more than three million viewers were achieved. Minecraft fell well behind in second place with over two million and CS:GO with more than a million and a half.

So you can see it in this other list:

Finally, when talking about hours issued the story changes completely, because in this case they have been Fortnite and Valorant those that have been positioned at the top and by quite a difference, both exceeding 43 million hours and with Apex Legends staying on the verge of 40 million.

All of this is detailed below:

For the rest, it should be noted that titles like Lost Ark or Elden Ring, two of the main releases of last year, may not have been previously named in the games with the most viewing hours, although that does not mean that they have not obtained good figures. . In the case of the Smilegate MMORPG, more than 340 million hourswhile FromSoftware’s action RPG has surpassed the 288 million hours.