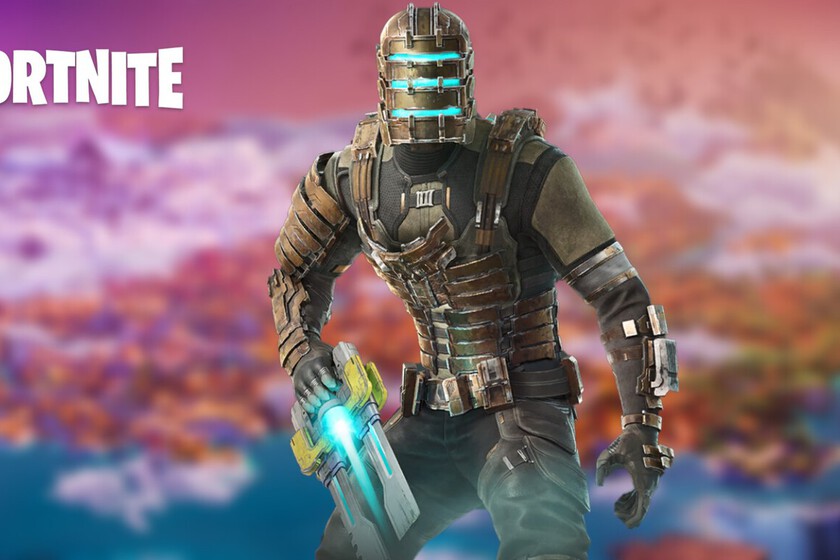 At this point, talking about a collaboration between Fortnite and another brand being bizarre begins to sound like a repeat. after seeing Geralt of Rivia, Naruto and Rick Sanchez In battle royale, practically nothing surprises us anymore. Even so, a crossover with Dead Space is something I didn’t expect at all.

To make our mouths water before the launch of the remake of Dead Space, the Epic Games video game opens its doors to Isaac Clarkethe engineer who will board the USG Ishimura to go find his girlfriend and find himself in the worst intergalactic nightmare imaginable.

Joining the series of video game legends, Dead Space makes its way into the hit title. As for objects, bring with you Isaac’s suita DRI backpacking accessory, which allows you to see your health status on your back, a portable planet excavator called the USG Ishimura, and a Plasma Cutter Pickaxe that you must equip using the Upgrade Bench emote.

In addition, it also includes some strange Transmissions missions, thanks to which you will be able to get up to 1500 paVos. All this is included in the Isaac Clarke pack as a legend of the video game that you can get in the Fortnite store for 11.99 euros. The pack is available now, and you can grab it to play as Isaac right now.

The Dead Space remake is already about to reach our hands. With requirements that hover between the demanding and the logical, the most modern and visceral version of Isaac Clarke’s adventure comes to us on next day january 27. In the meantime, you can enjoy the character in Fortnite, though he won’t be as gory or terrifying as what’s in store for him later in the month.