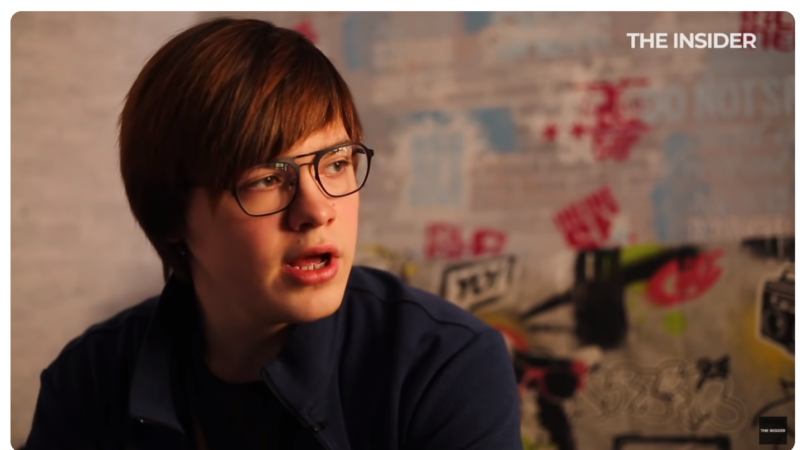 Video games are dangerous for Russian children, but not for the usual reasons · Global Voices English 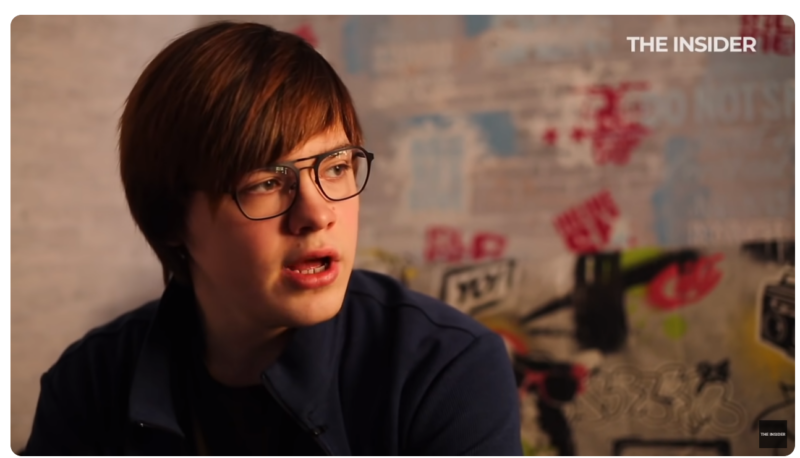 Nikita Uvarov in a screenshot from The Insider on YouTube.

Elena is a housewife who lives in a small Russian town near Moscow. One Sunday morning, she heard her eight-year-old son proudly shout “Mom, I killed Putin! I just shot him in the head!” Elena froze with terror.

Of course, his son hadn’t killed anyone. He also did not know who Putin was. What’s more, he was playing an online video game, in which other people participate with aliases. But Elena’s terror had a real reason: children in Russia today are punished for saying and doing much less than that.

On January 17, 2023, the Russian Supreme Court upheld the five-year prison sentence Nikita Uvarov received for playing Minecraft when he was 16 years old.

As Radio Liberty reported in February 2022, Nikita and two other boys, Denis Mikhailenko and Bogdan Andreev, were 14 years old when they were arrested in 2020 in Siberia’s Krasnoyarskii Krai. At the time of the arrest, a leaflet had been pasted to a local FSB (Russian Federal Security Service, successor to the KGB) building in support of Azat Miftakhov, a Russian-Tatar mathematician and political activist, who was at the time in police custody in Moscow for allegedly breaking a window and throwing a grenade at a government party office. Azat himself was only 26 years old and a doctoral student in Moscow.

After arresting the boys, the police confiscated their phones and later claimed to have found chats in which they planned with various friends to add the FSB building to Minecraft and blow it up in that video game.

Investigators also stated that the boys criticized the FSB, read banned books, made homemade firecrackers and exploded them in abandoned buildings in their hometown, Kansk, in Russia’s Krasnoyarsk krai.

During his first trial, in 2022, Nikita told local television that he was “grateful” to everyone who supported him and his friends.

As Nikita’s lawyer told local media on January 17, 2023, they have appealed three times so far, but the verdict has not changed. “All we ask is a suspension of the sentence so that he can finish serving it out of jail. Nikita was prepared for what happened. The family had hopes, but in the current situation hope is not realistic,” said Vladimir Vasin, Nikita’s lawyer.

Days before his trial in 2022, Nikita and his mother spoke to Insider about falsifying evidence in his case. There is a website and a Telegram channel dedicated to the case of the Kansk teenagers. Nikita Uvarov will be transferred to an adult prison as soon as he turns 18

Previous League of Legends Releases Patch v13.1b as Riot Fixes Cyberattack
Next Leagues.gg will co-host the NLC in 2023