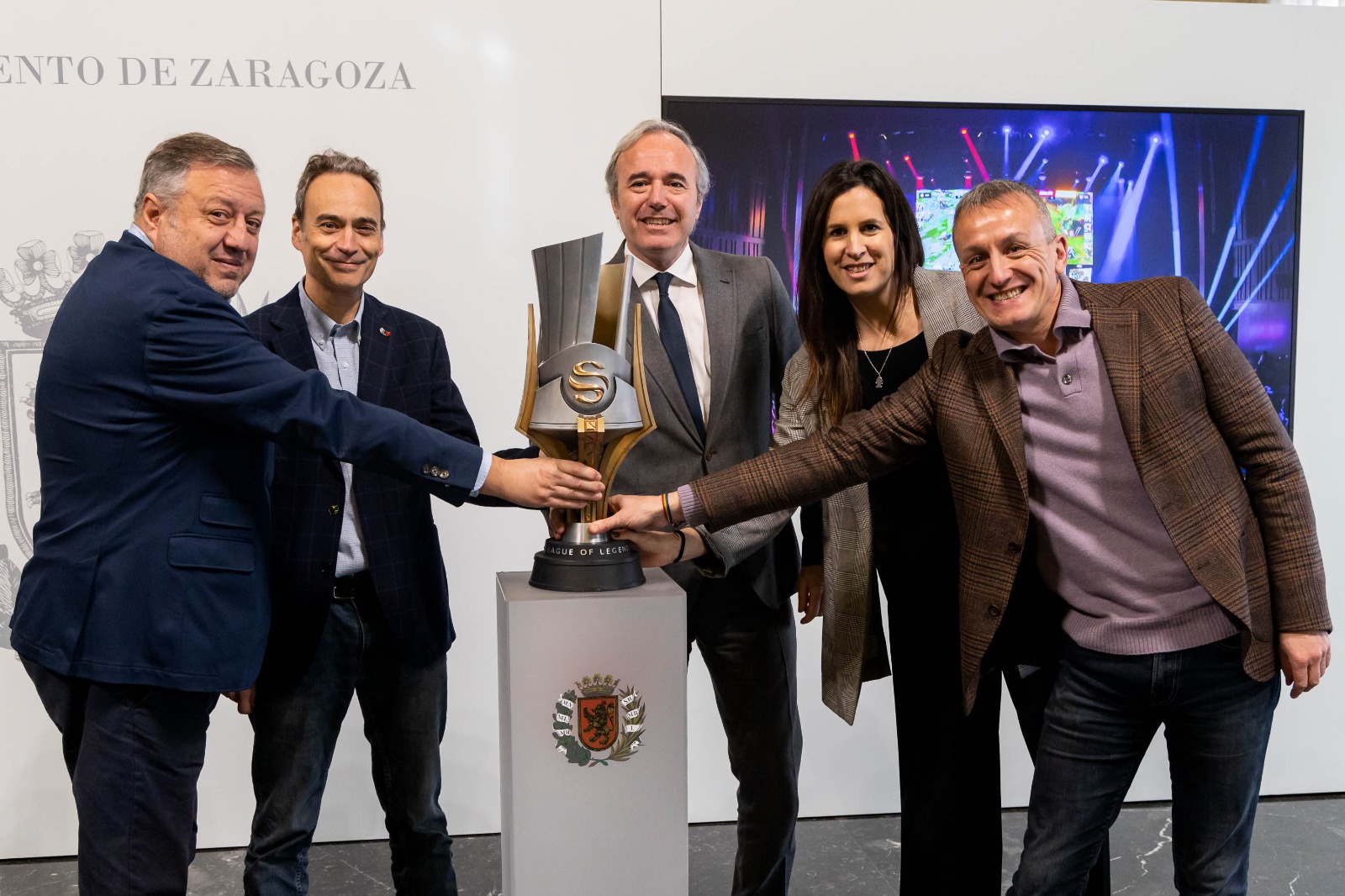 Zaragoza will host the final of the League of Legends Super League on April 1, the most popular video game in Spain. News. Zaragoza City Council

Zaragoza will host the final of the League of Legends Super League on Saturday, April 1, the most popular video game in the world of electronic sports.

For the first time, the Aragonese capital will become the venue for this event, which for years has been consolidated as the national eSports festival, and which today was presented at the City Hall by the Mayor Jorge Azcón, the Councilor for Sports, Cristina García, and Jordi Soler, CEO of the Professional Video Game League (LVP), belonging to the Mediapro Group.

The venue chosen is the Multipurpose Room of the Zaragoza Auditorium, where last year the eLaLiga Santander Cup was organized with great public success, an official competition that brought together the best teams from the EA SPORTS FIFA video game.

This time, the protagonist will be the League of Legends (Lol), absolute leader in the sector in number of players and followers.

In this way, the City Council redoubles its commitment to turning Zaragoza into the Spanish capital of eSports, a line of work framed in the attraction of sporting, social and cultural events of national and international impact. The Lol Super League closed 2022 with 25.8 million accumulated unique viewers, 98% more than in 2021.

Last summer, the last final of this professional tournament was followed by 400,000 users online and by 1,500 people in person at the IFEMA pavilion in Madrid. In the Multipurpose Hall of the Auditorium, a spectacular space with capacity for 2,000 spectators will be equipped. Tickets can be purchased from tomorrow, Thursday, January 26, at 9:30 p.m., through the Koobin platform.

In addition to hosting the grand final, with a huge projection in Spain and the world, Zaragoza will also have space in different sections and content of all the broadcasts of the Lol Super League, which began its regular phase this January.

The regular season will end on March 9 with matchday 18 and then the playoff qualifiers will be played to see the two teams that will compete for the title in the grand final in Zaragoza on April 1.

A professionalized and booming sector

All of them are fully professionalized clubs, with starting players, substitutes, a coach and a sports and business structure.

The eSports industry has experienced a huge boom in recent years, until generating a business volume of 34 million euros in Spain in 2022.

This figure refers only to the electronic sports sector, since the figure rises to 1,747 million in the video game industry as a whole.

In Spain there are 2.9 million eSports fans and 820 professionals, of which 265 are professional players. Worldwide, according to the consultancy Newzoo, the audience for video games reached 921 million people and an economic impact of 1,384 million euros.

The Professional Video Game League (LVP), of Grup Mediapro, is one of the largest operators of video game competitions in the world and the largest eSports organization in the Spanish language.

Through its offices in Barcelona, ​​Madrid, Buenos Aires, Bogotá and Mexico, LVP is present in more than 30 countries. It organizes the most prestigious national competitions, such as the Super League in Spain or the Master Flow League in Argentina, and major international tournaments.

Previous Epic Games makes Fortnite an 18+ game, but only on mobile: the reason makes more sense than it seems – Fortnite
Next The 2nd Amazon UNIVERSITY Esports split arrives